When you create a new document, a working version is automatically created with it.

Other version details of the working version can already be defined and edited at document creation. From the fields in Step 1 and 2 of the Create new document dialog you can optionally define: 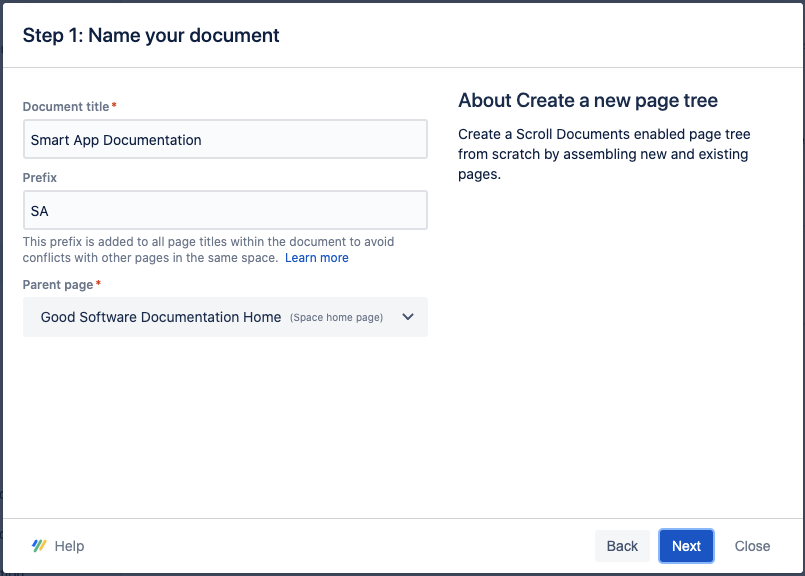 When you save a version, you can define the version details from the New version dialog.

From the fields in the Basic tab of the dialog you can:

From the fields in the Advanced tab of the dialog, you can optionally set a prefix. The prefix will be added to all pages of your version page tree.

Navigate to the Document Manager

We use cookies to create a secure and effective browsing experience for our website visitors and to understand how you use our site (i.e. Google Analytics). For more information:
Click Here

Please note, these errors can depend on your browser setup. Learn more